The Office of Alumni Affairs occupies The Richardson House (circa 1905), a restored dwelling on the Fisk campus, which also serves as the headquarters for the General Alumni Association of Fisk University, Inc. (GAAFU). Listed on the National Register of Historic Places, it is located on the corner of Phillips and Sixteenth Avenue North. Extensive renovation on this structure was completed in 1989 with funding secured by the GAAFU. This preservation project qualified for, and received an architectural award from the Metropolitan Nashville/Davidson County Historical Commission during its 17th Annual Architectural Awards Program in 1989.

It was originally the stately home of Rueben B. Richardson, one of Nashville’s first black Captains in the Nashville Fire Department. He was the father of two Fisk sons: the late Reverend Minor Scovel Richardson 1910, former pastor of Spruce Street Baptist Church, Nashville, who later moved to Cincinnati where he taught school and pastored Elmwood and Corinthian Churches in Ohio; and the late Dr. Reuben Lester Richardson (FS), a Nashville physician, who after three years at Fisk entered and graduated from Meharry Medical College. Reverend Minor Richardson’s daughter was the late Mary Richardson Walker ’35, a retired Nashville school teacher. 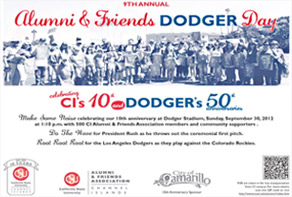 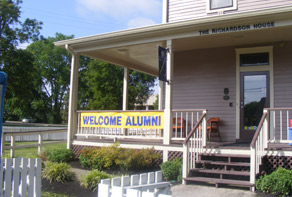